The X-90 was sold as 1973-1975 model years. The production year and model year are not always identical.
The minibike was available in three different colors:

Only the gas tank was painted, the fenders were always raw stainless steal. the decal design changend on every model year.
The color of the frame was always black. The decals were on top of the paint without any clear coat to protect them.

1973:
The bike had been available in black or sparkling blue only. So far I never have seen a 1973 model year with a “sparkling red” gas tank. I assume this color was introduced with the 1974 model year.
Early “sparkling blue” gas tanks had longer silver stripes than later versions of the bike (about the same size as the “AMF Harley-Davidson” decal). At some point in production they changed this to shorter stripes. The stripes on black gas tanks had three different colors: red, blue, white.

The X90 replaced the earlier Shortster (MC-65) which was available in 1972 only.
One of the innovations on the X-90 compared to it’s predecessor was the fold down handlebar which made it easier to transport the bike.
For some the X-90 may seem very similar to the shortster, but it is a complete different bike. For example: Frame, Front Fork, Rear Fork, Gas Tank, Engine and Exhaust are different from Shortster.
The engine used in the X-90 is the same as used on the Z-90 and very similar to the larger 125cc engines in other models, but completly different from the 65cc engine in the Shortster. 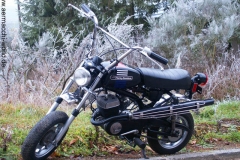 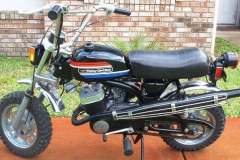 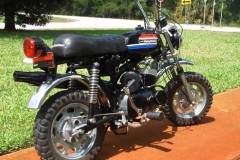 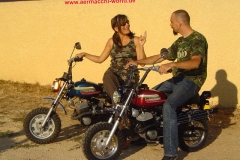 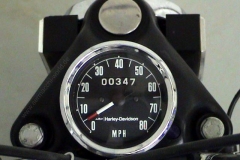 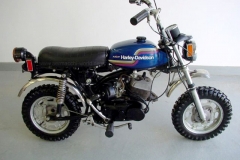 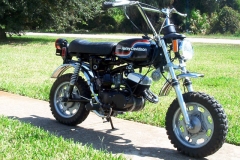 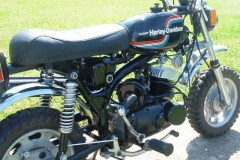 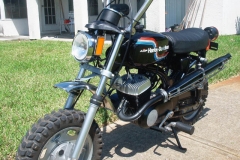 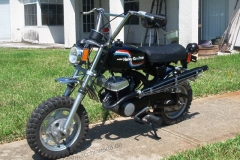 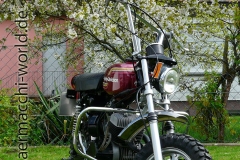 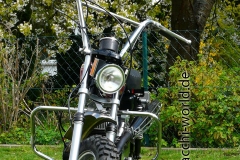 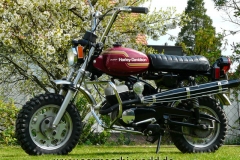 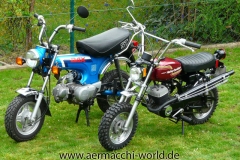 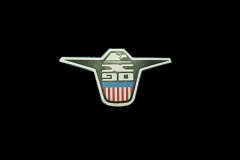 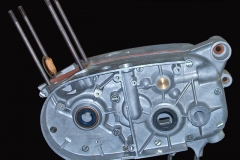 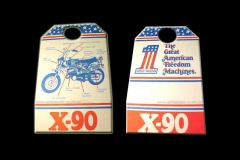 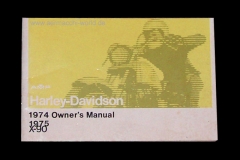 Thanks to Bram from Luxembourg for the picture of his 1973 X90!
Thanks to Greg from Florida for the pictures of the black 1974 and 1975 X-90s!
Do you have further information? E-Mail: webmaster@aermacchi-world.de