The Chimera was the first production bike with the aircooled, horizontal single-cylinder four-stroke engine which Aermacchi is most famous for. The engine later was available as 250cc version as well and it was the basis for the 350cc engine which continued until 1974 as well.

The Chimera was designed by Mario Revelli de Beaumont and the engine was constructed by Alfredo Bianchi as technical leader. It was presented on December 1st in 1956 at the Milan motorcycle show. They engine had 175cc and produced 10hp at about 6800 rpm. The bike had a futuristic jet-engine look and was equipped with an almost horizontal monoshock suspension.

The Chimera however was not a success in sales as people still preferred the classic motorcycle design. in 1958 the Chimera was also available as a 250cc version. Today the Chimera is considered an iconic motorcycle for it’s futuristic design and technical features 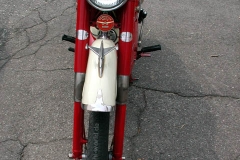 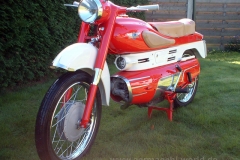 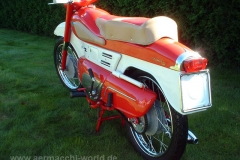 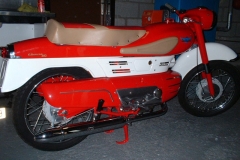 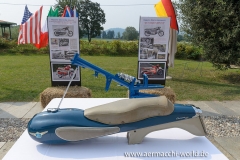 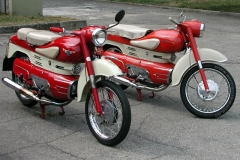