The Shortster (MC-65) was available in three different colors. In yellow, sparkling red and in sparkling blue. Fenders were always stainless steal. The gas tank decals were always bright red and in a “flame style”.

The Shortster was built in 1971 oand sold as 1972 model year. This bike was produced for the North American market only. The engine is basically the same as on the M-65 or Leggero.
There are some slight differences between an early Shortster compared to the later versions. The most eye catching difference is the slightly different frame in the rear. Early models do have a different headlamp and smaller reflectors. Picture No. 13 shows an early MC65!

All bikes had a large full size 140mm headlight which in my opinon looks a little oversized for such a tiny toy bike. The later X90s were fitted with a more harmonic looking 105mm headlight.

With the name “Shortster” the marketing department tried to make a transition to the “Sportster”. If you look closely to the advertisments of that time, they intended “to catch kids” and spark their passion for motorcycles and keep them as customers, when they are old enough and ready for a full size motorcycle. In one advertisment you can see a kid standing beside his Shortster and the reflection in the water in front of them shows a Sportster.

The Shortster has a three speed gearbox and is shifted from the left side. The first gear is about neutral, second and third gear below. It was not equipped with a fuel pump as the later X90 and so you have to premix the oil/gasoline manually when filling the gas tank.

Picture No. 15 is from Eddi Boomwhowers archive and shows how the Shortster was delivered to the HD-Dealers in 1972. 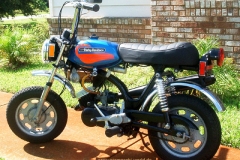 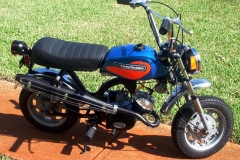 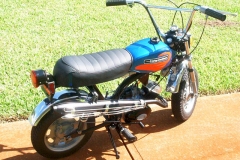 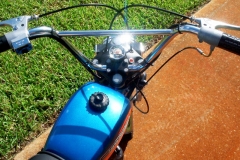 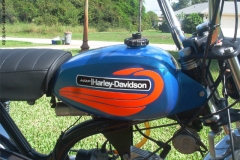 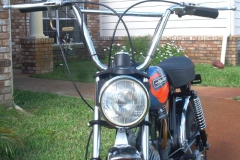 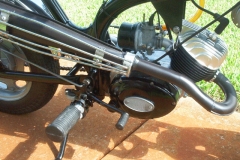 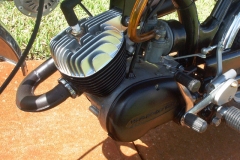 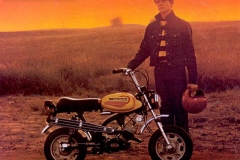 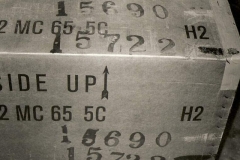 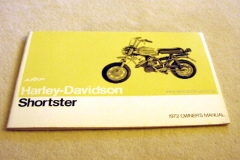 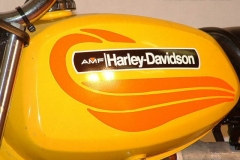 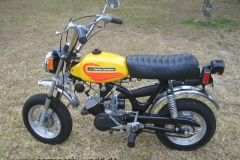 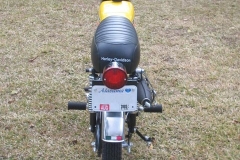 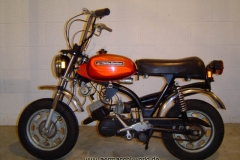 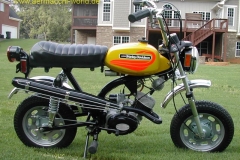